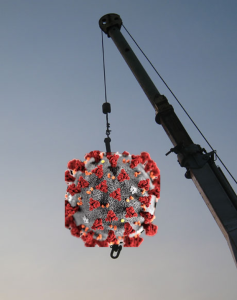 I hope this post finds you, your loved ones, and colleagues, safe and healthy.

What an amazing few weeks this has been.  Daily life, as most of us know it, has been turned upside down.  The clinicians I’ve spoken with are working frantically to adjust to the new reality, including staying abreast of rapidly evolving healthcare regulation and learning how to provide services online.

I cannot think of a time in recent memory when the need to adapt has more pressing.  As everyone knows, feedback plays a crucial role in this process.

Last week, I reported a surge in downloads of the Outcome and Session Rating Scales (ORS & SRS), up 21% over the preceding three months.  Independent, randomized controlled trials document clients are two and a half times more likely to benefit from therapy when their feedback is solicited via the measures and used to inform care.   Good news, eh? Practitioners are looking for methods to enhance their work in these new and challenging circumstances.   Only problem is the same research shows it takes time to learn to use the measures effectively — and that’s under the best or, at least, most normal of circumstances!

Given that we are far from normal, the team at the International Center for Clinical Excellence, in combination with longtime technology and continuing education partners, have been working to provide the resources necessary for practitioners to make the leap to online services.  In my prior post, a number of tips were shared, including empirically-validating scripts for oral administration of the ORS and SRS as well as instructional videos for texting, email, and online use via the three, authorized FIT software platforms.

We are not done.  Below, you will find two, new instructional videos from ICCE Certified Trainers, Stacy Bancroft and Brooke Mathewes.  They provide step-by-step instructions and examples of how to administer the measures orally —  a useful skill if you are providing services online or via the telephone.

Or, at least that’s what I said in response to his question.  The look on his face made clear my words caused more confusion than clarity.

“But then, how will I found out which of the therapists at my agency are effective?” he asked.

“The purpose of FIT,” I replied, “is not to profile, but rather help clinicians respond more effectively to their clients.”

And I’ve found myself giving similar advise of late —  in particular, actively counseling practitioners and clinic directors against using the ORS and SRS.

“We need a way to meet the new Joint Comission/SAMHSA requirement to use a standardized outcome measure in all therapeutic work.”

FIT is purposefully designed — and a significant body of evidence indicates it does — help those in treatment achieve the best results possible.  Thus, while integrating measures into care has, in some countries, because a standard of care, using them merely to meet regulatory requirements is de facto unethical.  Please don’t use my scales.

“I don’t (or won’t) use the scales with all my clients, just those I decide it will be clinically useful with.”

What do I think? 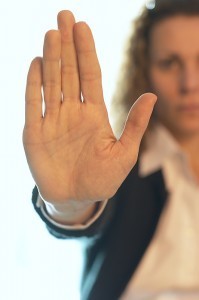 clinicians often believe they are effective or aligned with clients when they are not.  The whole purpose of routinely using outcome and alliance measures is to fill in these gaps in clinical judgement.  Please don’t use my scales.

Last, as I recently blogged about, “The scales are really very simple and self-explanatory so I don’t think we really need much in the way of training or support materials.”

We have substantial evidence to the contrary.  In sharp contrast to the mere minutes involved in downloading and learning to administer measures, actual implemention of FIT takes considerable time and support —  more than most seem aware of or willing to invest.

PLEASE DON’T USE MY SCALES!

While I could cite many more examples of when not to use routine outcome measures (e.g., “we need a way to identify clients we aren’t helping so we can terminate services with them and free up scarce clinical resources” or “I want to have data to provide evidence of effectiveness to funding sources”) — I will refrain.

As one dedicated FIT practitioner recently wrote, “Using FIT is brutal. Without it, it’s the patients’ fault. With fit, it’s mine. Grit your way through . . . because it’s good and right.”

I could not have said it any better. 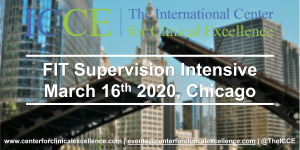 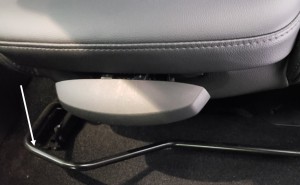 Recognize this?  Yours will likely look at bit different.  If you drive an expensive car, it may be motorized, with buttons automatically set to your preferences.  All, however, serve the same purpose.

It’s the lever for adjusting your car seat.

I’m betting you’re not impressed.   Believe it or not though, this little device was once considered an amazing innovation — a piece of equipment so disruptive manufacturers balked at producing it, citing “engineering challenges” and fear of cost overruns.

For decades, seats in cars came in a fixed position.  You could not move them forward or back.  For that 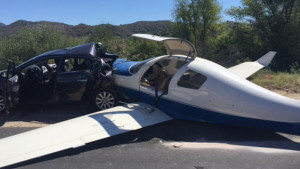 matter, the same was the case with seats in the cockpits of airplanes.  The result?  Many dead drivers and pilots.

The military actually spent loads of time and money during the 1940’s and 50’s looking for the source of the problem.  Why, they wondered, were so many planes crashing?  Investigators were baffled.

Every detail was checked and rechecked.  Electronic and mechanical systems tested out.  Pilot training was reviewed and deemed exceptional.  Systematic review of accidents ruled out human error.   Finally, the equipment was examined.  Nothing, it was determined, could not have been more carefully designed — the size and shape of the seat, distance to the controls, even the shape of the helmet, were based on measurements of 140 dimensions of 4,000 pilots (e.g., thumb length, hand size, waist circumference, crotch height, distance from eye to ear, etc.).

It was not until a young lieutenant, Gilbert S. Daniels, intervened that the problem was solved.  Turns out, despite of the careful measurements, no pilot fit the average of the various dimensions used to design the cockpit and flight equipment.  Indeed, his study found, even when “the average” was defined as the middle 30 percent of the range of values on any given indice, no actual pilot fell within the range!

The conclusion was as obvious as it was radical.  Instead of fitting pilot into planes, planes needed to be designed to fit pilots.  Voila!   The adjustable seat was born. 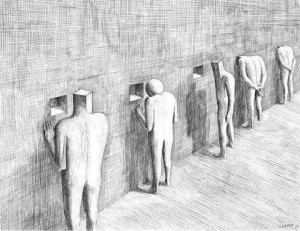 Now, before you scoff — wisecracking, perhaps, about “military intelligence” being the worst kind of oxymoron — beware.  The very same “averagarianism” that gripped leaders and engineers in the armed services is still in full swing today in the field of mental health.

However sophisticated the statistical procedures may appear to the non-mathematically inclined, they are nothing more than mean comparisons.

Briefly, participants are recruited and then randomly assigned to one of two groups (e.g., Treatment A or a Control group; Treatment A or Treatment as Usual; and more rarely, Treatment A versus Treatment B).  A measure of some kind is administered to everyone in both groups at the beginning and the end of the study.   Should the mean response of one group prove statistically greater than the other, that particular treatment is deemed “empirically supported” and recommended for all. 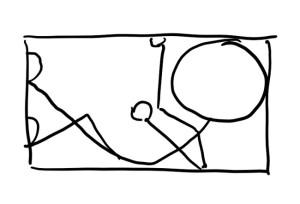 Bottom line:  instead of fitting people into treatments, mental health care should be to made to fit the person.  Doing so is referred to, in the psychotherapy outcome literature, as responsiveness  — that is, “doing the right thing at the right time with the right person.”  And while the subject receives far less attention in professional discourse and practice than diagnostic-specific treatment packages, evidence indicates it accounts for why, “certain therapists are more effective than others…” (p. 71, Stiles & Horvath, 2017).

I’m guessing you’ll agree it’s time for the field to make an “adjustment lever” a core standard of therapeutic practice — I’ll bet it’s what you try to do with the people you care for anyway.

Turns out, a method exists that can aid in our efforts to adjust services to the individual client.  It involves routinely and formally soliciting feedback from the people we treat.  That said, not all feedback is created equal.  With a few notable exceptions, all routine outcome monitoring systems (ROM) in use today suffer from the same problem that dogs the rest of the field.  In particular, all generate feedback by comparing the individual client to an index of change based on an average of a large sample (e.g., reliable change index, median response of an entire sample).

By contrast, three computerized outcome monitoring systems use cutting edge technology to provide feedback about progress and the quality of the therapeutic alliance unique to the individual client.  Together, they represent a small step in providing an evidence-based alternative to the “mean” approaches traditionally used in psychotherapy practice and research.

PS: Want to learn more?  Join me and colleagues from around the world for any or all three, intensive workshops being offered this August in Chicago, IL (USA).

Click on the title of the workshop for more information or to register.