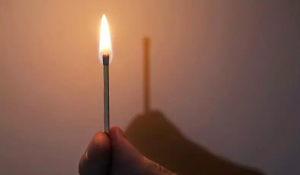 The year is 1846.  Hungarian-born physician Ignaz Semmelweis is in his first month of employment at Vienna General hospital when he notices a troublingly high death rate among women giving birth in the obstetrics ward.  Medical science at the time attributes the problem to “miasma,” an invisible, poison gas believed responsible for a variety of illnesses.

Semmelweis has a different idea.  Having noticed midwives at the hospital have a death rate six times lower than physicians, he concludes the prevailing theory cannot possibly be correct.  The final breakthrough comes when a male colleague dies after puncturing his finger while performing an autopsy.  Reasoning that contact with corpses is somehow implicated in the higher death rate among physicians, he orders all to wash their hands prior to interacting with patients.   The rest is, as they say, history.  In no time, the mortality rate on the maternity ward plummets, dropping to the same level as that of midwives.

Nowadays, of course, handwashing is considered a “best practice.”  Decades of research show it to be the single most effective way to prevent the spread of infections.  And yet, nearly 200 years after Semmewies’s life-saving discovery, compliance with hand hygiene among healthcare professionals remains shockingly low, with figures consistently ranging between 40 and 60% (1, 2).  Bottom line: a vast gulf exists between sound scientific practices and their implementation in real world settings.  Indeed, the evidence shows 70 to 95% of attempts to implement evidence-based strategies fail.

To the surprise of many, successful implementation depends less on disseminating “how to” information to practitioners than 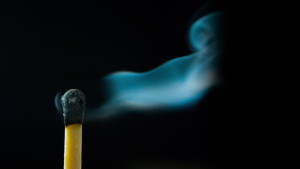 on establishing a culture supportive of new practices.  In one study of hand washing, for example, when Johns Hopkins Hospital administrators put policies and structures in place facilitating an open, collaborative, and transparent culture among healthcare staff (e.g., nurses, physicians, assistants), compliance rates soared and infections dropped to zero!

Feedback Informed Treatment (FIT) — soliciting and using formal client feedback to guide mental health service delivery — is another sound scientific practice.  Scores of randomized clinical trials and naturalistic studies show it improves outcomes while simultaneously reducing drop out and deterioration rates.  And while literally hundreds of thousands of practitioners and agencies have downloaded the Outcome and Session Rating Scales — my two, brief, feedback tools — since they were developed nearly 20 years ago, I know most will struggle to put them into practice in a consistent and effective way.

To be clear, the problem has nothing to do with motivation or training.  Most are enthusiastic to start.  Many invest significant time and money in training.  Rather, just as with hand washing, the real challenge is creating the open, collaborative, and transparent workplace culture necessary to sustain FIT in daily practice.  What exactly does such a culture look like and what actions can practitioners, supervisors, and managers take to facilitate its development?  That’s the subject of our latest “how to” video by ICCE Certified Trainer, Stacy Bancroft.  It’s packed with practical strategies tested in real world clinical settings.

We’ll cover the subject in even greater detail in the upcoming FIT Implementation Intensive — the only evidence-based training on implementing routine outcome monitoring available.

For the first time ever, the training will be held ONLINE, so you can learn from the comfort and safety of your home.  As with all ICCE events, we limit the number of participants to 40 to ensure each gets personalized attention.  For more information or to register, click here.

P.S.: Want to interact with FIT Practitioners around the world?  Join the conversation here.