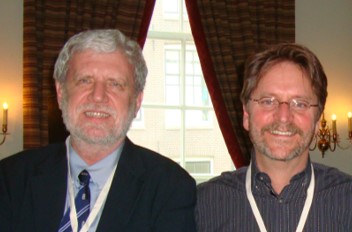 I can remember exactly where I was when I first “met” Swedish psychologist, K. Anders Ericsson.  Several hours into a long, overseas flight, I discovered someone had left a magazine in the seat pocket.  I never would have even given the periodical a second thought had I not seen all the movies onboard — many twice.  Its target audience wasn’t really aimed at mental health professionals: Fortune.

Bored, I mindlessly thumbed through the pages. Then, between articles about investing and pictures of luxury watches, was an article that addressed a puzzle my colleagues and I had been struggling to solve for some time: why were some therapists more consistently effective than others?

In 1974, psychologist David F. Ricks published the first study documenting the superior outcomes of a select group of practitioners he termed, “supershrinks.”  Strangely, thirty-years would pass before another empirical analysis appeared in the literature.

The size and scope of the study by researchers Okiishi, Lambert, Nielsen, and Ogles (2003), dwarfed Rick’s, examining results from standardized measures 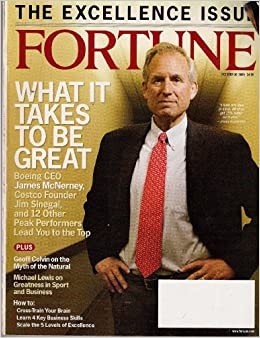 administered on an ongoing basis to over 1800 people treated by 91 therapists.  The findings not only confirmed the existence of “supershrinks,” but showed exactly just how big the difference was between them and average clinicians.  Clients of the most effective experienced a rate of improvement 10 times greater than the average.  Meanwhile, those treated by the least effective, ended up feeling the same or worse than when they’d started — even after attending 3 times as many sessions!   How did the best work their magic?  The researchers were at a loss to explain, ending their article calling it a “mystery” (p. 372).

By this point, several years into the worldwide implementation of the outcome and session rating scales, we’d noticed (and, as indicated, were baffled by) the very same phenomenon.  Why were some more effective?  We pursued several lines of inquiry.  Was it their technique?  Didn’t seem to be.  What about their training?  Was it better or different in some way?  Frighteningly, no.  Experience level?  Didn’t matter.  Was it the clients they treated?  No, in fact, their outcomes were superior regardless of who walked through their door.  Could it be that some were simply born to greatness?  On this question, the article in Fortune, was clear, “The evidence … does not support the [notion that] excelling is a consequence of possessing innate gifts.”

So what was it?

Enter K. Anders Ericsson.  His life had been spent studying great performers in many fields, including medicine, mathematics, music, computer programming, chess, and sports.  The best, he and his team had discovered, spent more time engaged in an activity they termed, “deliberate practice” (DP).  Far from mindless repetition, it involved: (1) establishing a reliable and valid assessment of performance; (2) the identification of objectives just beyond an individual’s current level of ability; (3) development and engagement in exercises specifically designed to reach new performance milestones; (4) ongoing corrective feedback; and (5) successive refinement over time via repetition.

I can remember how excited I felt on finishing the article.  The ideas made so much intuitive sense.  Trapped in a middle seat, my row-mates on either side fast asleep, I resolved to contact Dr. Ericsson as soon as I got home.

Anders replied almost immediately, giving rise to a decade and a half of correspondence, mentoring, co-presenting, and friendship.  And now he is gone.  To say I am shocked is an understatement.  I’d just spoken with him a few days prior to his death.  He was in great spirits, forever helpful and supportive, full of insights and critical feedback.  I will miss him — his warmth, encouragement, humility, and continuing curiosity.  If you never met him, you can get a good sense of who he was from the interview I did with him two weeks ago.  Let me know your thoughts in the comments below.

Until next time, I wish you health, peace, and progress.