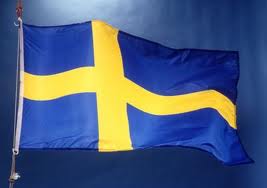 Over the last decade, Sweden, like most Western countries, embraced the call for “evidence-based practice.”  Socialstyrelsen, the country’s National Board of Health and Welfare, developed and disseminated a set of guidelines (“riktlinger”) for mental health practice.  Topping the list of methods was, not surprisingly, cognitive-behavioral therapy.

The Swedish State took the list seriously, restricting payment for training of clinicians and treatment of clients to cognitive behavioral methods.  In the last three years, a billion Swedish crowns were spent on training clinicians in CBT.  Another billion was spent on providing CBT to people with diagnoses of depression and anxiety.  No funding was provided for training or treatment in other methods.

The State’s motives were pure: use the best methods to decrease the number of people who become disabled as result of depression and anxiety.  Like other countries, the percentage of people in Sweden who exit the work force and draw disability pensions has increased dramatically.  As a result, costs skyrocketed.  Even more troubling, far too many became permanently disabled.

The solution?  Identify methods which have scientific support, or what some called, “evidence-based practice.” The result?  Despite substantial evidence that all methods work equally well, CBT became the treatment of choice throughout the country.  In point of fact, CBT became the only choice.

As noted above, Sweden is not alone in embracing practice guidelines.  The U.K. and U.S. have charted similar paths, as have many professional organizations.  Indeed, the American Psychological Association has now resurrected its plan to develop and disseminate a series of guidelines advocating specific treatments for specific disorders.  Earlier efforts by Division 12 (“Clinical Psychology”) met with resistance from the general membership as well as scientists who pointed to the lack of evidence for differential effectiveness among treatment approaches.

Perhaps APA and other countries can learn from Sweden’s experience.  The latest issue of Socionomen, the official journal for Swedish social workers, reported the results of the government’s two billion Swedish crown investment in CBT.  The widespread adoption of the method has had no effect whatsoever on the outcome of people disabled by depression and anxiety.  Moreover, a significant number of people who were not disabled at the time they were treated with CBT became disabled, costing the government an additional one billion Swedish crowns.  Finally, nearly a quarter of those who started treatment, dropped out, costing an additional 340 million!

In sum, billions training therapists in and treating clients with CBT to little or no effect.

Since the publication of Escape from Babel in 1995, my colleagues and I at the International Center for Clinical Excellence have gathered, summarized, published, and taught about research documenting little or no difference in outcome between treatment approaches.  All approaches worked about equally well, we argued, suggesting that efforts to identify specific approaches for specific psychiatric diagnoses were a waste of precious time and resources.  We made the same argument, citing volumes of research in two editions of The Heart and Soul of Change.

Yesterday, I presented at Psykoterapi Mässan, the country’s largest free-standing mental health conference.  As I have on previous visits, I talked about “what works” in behavioral health, highlighting data documenting that the focus of care should shift away from treatment model and technique, focusing instead on tailoring services to the individual client via ongoing measurement and feedback.  My colleague and co-author, Bruce Wampold had been in the country a month or so before singing the same tune.

One thing about Sweden:  the country takes data seriously.  As I sat down this morning to eat breakfast at the home of my long-time Swedish friend, Gunnar Lindfeldt, the newscaster announced on the radio that Socialstyrelsen had officially decided to end the CBT monopoly (listen here).  The experiment had failed.  To be helped, people must have a choice.

“What have we learned?” Rolf Holmqvist asks in Socionomen, “Treatment works…at the same time, we have the possibility of exploring…new perspectives.  First, getting feedback during treatment…taking direction from the patient at every session while also tracking progress and the development of the therapeutic relationship!”

And, as readers of my blog know, using the best evidence, informed by clients’ preferences and ongoing monitoring of progress and alliance is evidence-based practice.  However the concept ever got translated into creating lists of preferred treatment is anyone’s guess and, now, unimportant.  Time to move forward.  The challenge ahead is helping practitioners learn to integrate client feedback into care—and here, Sweden is leading the way.