So, what contributes to a living a long, healthy life?

OK, I’ll come clean: all contribute–but not equally.  Far from it.  Some are more important than others.

So, what contributes most?  Before reading on, try rank ordering the list from least to most influential.

Now watch the brief video (If you are one of those that don’t want to try, or can’t wait to know the answer, just scroll past video).

Answer: the items as written are presented in order from the least to most influential, the last three being far more important to living a long and healthy life.   Distinct from the other items on the list, personal sense of meaning, close interpersonal relationships, and social integration form the core of “well-being.”

Given such findings, it is more than a bit curious that the field of mental health and majority of its supporting research are organized around reducing symptoms.  Perhaps this is one reason why, as psychiatrist Robert Cloninger persuasively argues, the profession has, “failed to improve the average levels of happiness and well-being in the general population, despite vast expenditures on psychotropic drugs and psychotherapy manuals.”  Indeed, by all measures, mental health is on the decline.

Could it be that our field has the formula for improving health and well-being backwards?  Instead of focusing on reducing problems or eliminating symptoms maybe we should be working directly on improving people’s personal sense of meaning, close interpersonal relationships, and social integration. 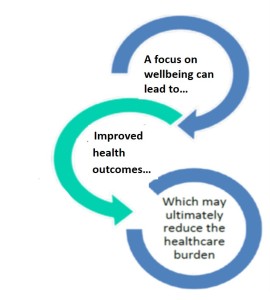 The evidence is compelling.  In addition to a longer, healthier life, improved well-being leads to:

Twenty years ago, my team and I developed a quick, simple-to-use measure of well-being.  Numerous studies have shown the Outcome Rating Scale (ORS) to be valid and reliable as well as strongly predictive of psychological intervention.  The tool is listed on SAMHSA’s National Registry of Evidence-based Programs and Practices , is available in 30 languages, and in wide use in countries around the world.  Best of all: individual practitioners can download and begin using the tool for free. 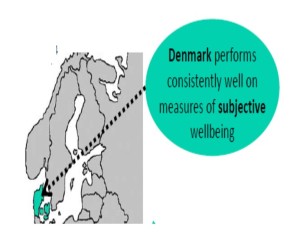 Most exciting of all, use of the tool is serving as the impetus for many new innovations in mental health service delivery.  I just spent a week with teams from Slagelse municipality in Denmark who are now using the data generated from routine use of the ORS to transform service delivery at every level.  My Scandinavian co-teacher, psychologist Susanne Bargmann will be talking about these new and exciting developments at this summer’s FIT Implementation and Training of Trainers workshops.  Is it any wonder that Denmark consistently LEADS the world in well-being?