Which of the following are bad for health and longevity?

A. Smoking;
B. Consuming too much alcohol;
C. Being overweight;
D. Not flossing regularly.

If you answered “yes” to any or all of the items, you are WRONG–that is, at least, if you are determined to rely on evidence derived from randomized controlled trials (RCT’s) alone in making healthcare decisions.

For some time now, RCT’s have been considered the “gold standard” for assessing evidence.  That said, for reasons which are likely obvious to you, no scientist would ever conduct studies in which real people are randomly assigned to either smoke, drink excessively, overeat, floss. or not.

And yet, the Associated Press (AP) recently dismissed flossing because of the paucity of such trials.  Their eye-catching headline? 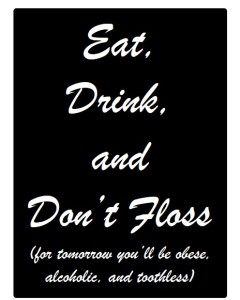 The story is worth reading.  It has all the qualities of a John Grisham novel: (1) a corrupt government; (2) self-serving business executives; (3) professional organizations with serious conflicts of interest; and best of all (4) secret documents retrieved by valiant news reporters via the Freedom of Information Act.  Seriously!

So, should you stop flossing?  Of course not.  Neither should you take up smoking, begin drinking excessively, or consumer many more calories per day than you burn.  But, surely you knew that.  For many living in the era of evidence-based medicine, however, no RCTs = no evidence.  In fact, this is exactly the thinking behind many of the guidelines steering the practice of psychotherapy today.

Local, state, national, and international regulatory bodies place RCT’s at the top of the hierarchy of scientific methods, generating lists of “approved” methods.  Increasingly, reimbursement and funding decisions are linked to practicing in accordance with these recommendations.   The implicit message is clear.  Where an RCT exists, no thinking on your part is required.  Just do what you are told and all will be well.

Nothing could be further from the truth.  No evidence exists showing that the widespread adoption of “psychological treatments of known efficacy“– that is, those tested in RCTs, deemed empirically-supported, and listed on regulatory websites — has resulted in any real-world improvement in outcome.  In fact, the overall effectiveness of psychotherapy has remained unchanged for more than 40 years. 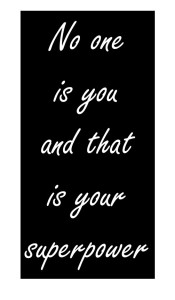 Turns out, what does matter in terms of outcome is the very element of treatment that’s largely been pushed aside, even maligned, in current research environment:  YOU!

In RCT’s, by contrast, the provider of treatment is literally considered a “nuisance variable”  — an aspect of the process that must be controlled with protocols and blinding because they are “of no particular interest” to investigators.

Importantly, however, studies dating back decades show that who provides psychotherapy matters significantly more than what particular method or approach they use — 5 to 9 times more!  It may be difficult to believe, but its true: even when following detailed treatment protocols, differences in outcome between therapists persist.

For consumers, the implication is clear: choose your provider carefully as they significantly influence the results of the care you receive.  For therapists, it means that improving one’s effectiveness is not a matter of using the right treatment approach, but rather working on you; specifically, identifying your unique constellation of strengths and weaknesses, and building on the former while targeting the latter for remediation.  In a series of ingenious studies, for example, clinicians realized significant gains in their ability to successfully manage challenging moments in psychotherapy when provided with feedback specific to their particular deficits and abilities.   Importantly, participants ability to respond warmly, emphatically, and collaboratively not only improved, but also generalized to novel scenarios they had not encountered previously or been given time to rehearse.

My colleague Daryl Chow, Ph.D., and I will be providing step-by-step guidance as well as tools for mapping one’s clinical performance at the upcoming Deliberate Practice Intensive in Chicago.  Here’s the description of what will be covered.  I do hope you’ll join us.  I promise two, personally meaningful days together with practitioners from around the world.

That said, there’s no reason to wait until then to get started.  A year ago, I offered free access to several resources.  If you didn’t see that post, no worries, simply click here as all are still available.  To these, I’d like to add The Taxonomy of Deliberate Practice.  Daryl and I have been using this tool to help clinicians see what they do that does and doesn’t work, as well as to develop an individual professional development plan.  Just email me at: info@scottdmiller.com and I’ll send you a copy.

In the meantime, take a listen to this interview with Daryl from today.  I know its going to sound like a “come on,” but trust me when I say listen all the way to the end as there’s a real gem in the last minute about improving your results as a therapist. 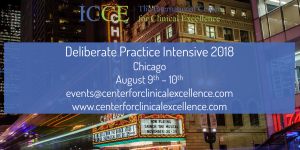