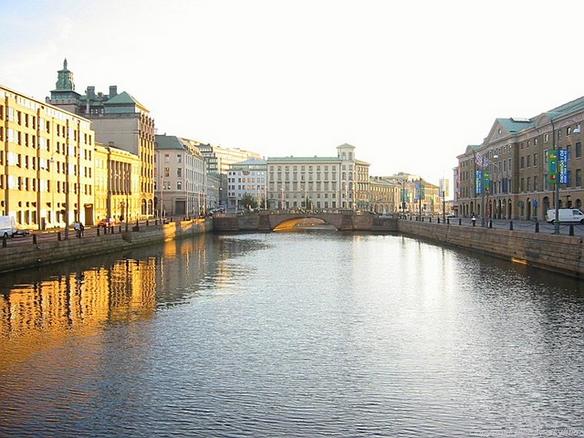 Spring of last year, I traveled to Gothenburg, Sweden to provide training GCK–an top notch organization led by Ulla Hansson and Ulla Westling-Missios providing cutting-edge training on “what works” in psychotherapy.  I’ll be back this week again doing an open workshop and an advanced training for the group.

While I’m always excited to be out and about traveling and training, being in Sweden is special for me.  It’s like my second home.  My family roots are Swedish and Danish and, it just so happens, I speak the language.  Indeed, I lived and worked in the country for two years back in the late seventies.  If you’ve never been, be sure and put it on your short list of places to visit… 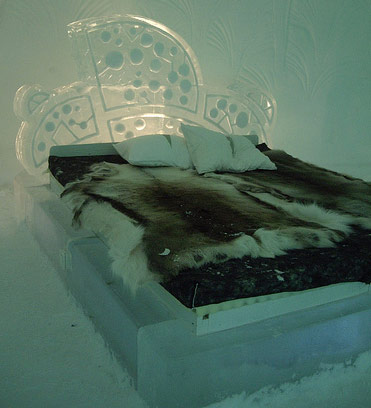 AND IMPORTANTLY, go in the Summer!  (Actually, the photos above are from the famous “Ice Hotel”–that’s right, a hotel completely made of icc.  The lobby, bar, chairs, beds.  Everything!  If you find yourself in Sweden during the winter months, it’s a must see.  I promise you’ll never forget the experience).

Anyway, the last time I was in Gothenburg, I met a clinician whose efforts to deliver consumer-driven and outcome-informed services to people on the margins of society were truly inspiring.   During one of the breaks at the training, therapist Jan Larsson introduced himself, told me he had been reading my books and articles, and then showed me how he managed to seek and obtain feedback from the people he worked with on the streets.  “My work does not look like ‘traditional’ therapeutic work since I do not meet clients at an office.  Rather, I meet them where they live: at home, on a bench in the park, or sitting in the library or local activity center.”

Most of Jan’s clients have been involved with the “psychiatric system” for years and yet, he says, continue to struggle and suffer with many of the same problems they entered the system with years earlier.  “Oftentimes,” he observed, “a ‘treatment plan’ has been developed for the person that has little to do with what they think or want.” 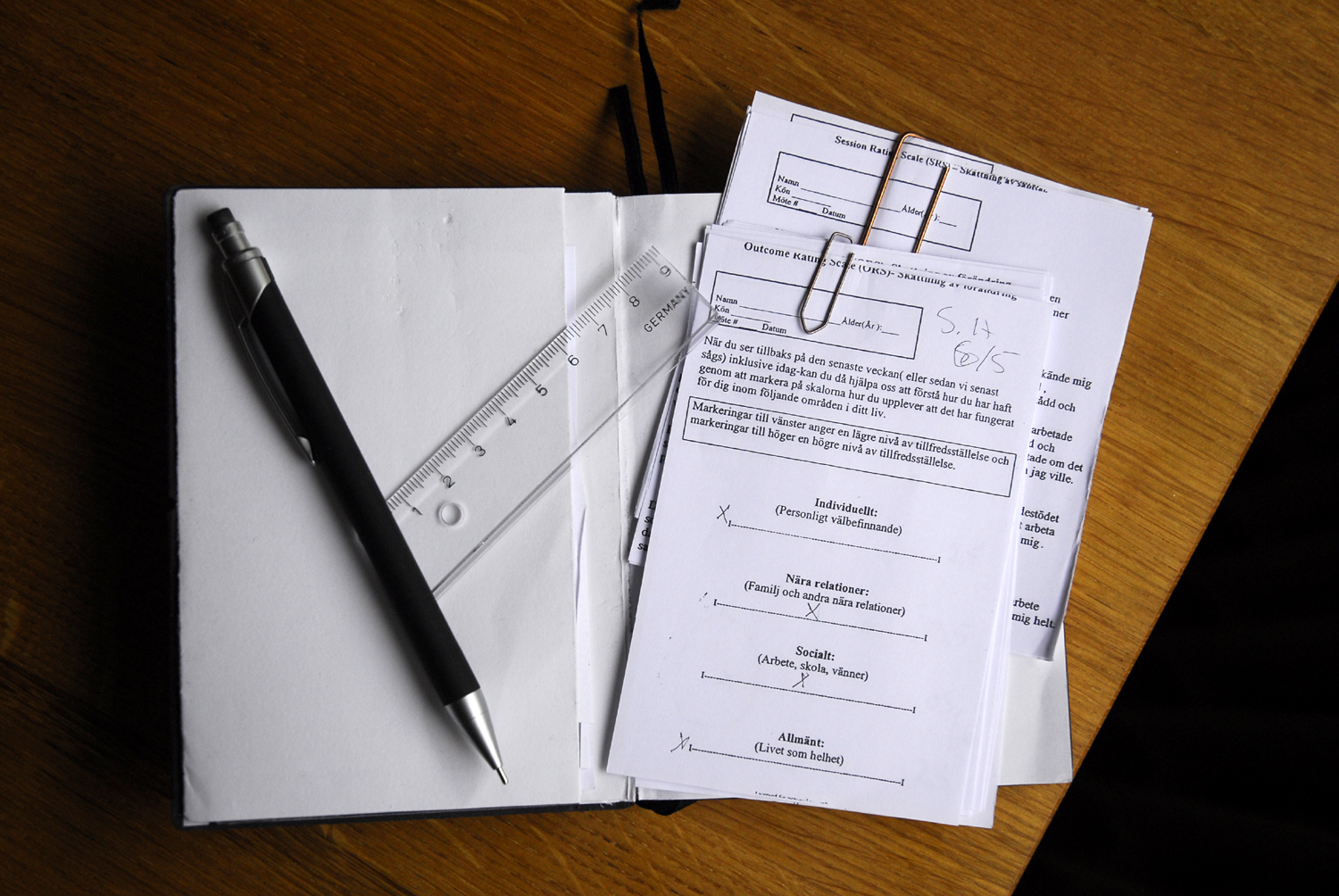 So Jan began asking.  And each time they met, they also completed the ORS and SRS–“just to be sure,” he said.  No computer.  No I-phone app.  No sophisticated web-based adminsitration system.  With a pair of scissors, he simply trimmed copies of the measures to fit in his pocket-sized appointment book.

His experience thusfar?  In Swedish Jan says, “Det finns en livserfarenhet hos klienterna som bara väntar på att bli upptäckt och bli lyssnad till. Klienterna är så mycket mer än en diagnos. Frågan är om vi är nyfikna på den eftersom diagnosen har stulit deras livberättelse.”  Translated: “There is life experience with clients that is just waiting to be noticed and listened to.  Clients are so much more than their diagnosis.  The question is whether we are curious about them because the diagnosis has stolen their life story.”

I look forward to catching up Jan and the crew at GKC this coming week.  I also be posting interviews with Ulla and Ulla as well as ICCE certified trainers Gun-Eva Langdahl (who I’ll be working with in Skelleftea) and Gunnar Lindfeldt (who I’ll be meeting in Stockholm).  In the meantime, let me post several articles he sent by Swedish research Alain Topor on developing helpful relationships with people on the margins.  Dr. Topor was talking about the “recovery model” among people considered “severely and persistently mentally ill long before it became popular here in the States. Together with others, such as psychologist Jan Blomqvist (who I blogged about late last year), Alain’s work is putting the consumer at the center of service delivery.