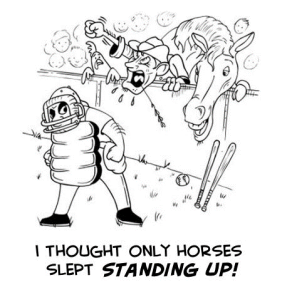 Criticizing umpires is as much a part of watching baseball as eating hotdogs and wearing team jerseys on game day.  The insults are legion, whole websites are dedicated to cataloging them:

“Wake up, you are missing a great game!”

“Your glasses fogged up?”

“Have you tried eating more carrots?”

“Hey Ump, how many fingers am I holding up?

Are you “seeing” a common theme here?

And interestingly, the evidence indicates fans have reason to question the judgement and visual acuity of most umpires.  A truly massive study of nearly 4 million pitches examined the accuracy of their calls over 11 regular seasons.  I didn’t know this, but it turns out, all major league stadiums are equipped with fancy cameras which track every ball thrown from mound to home plate.  Using this data, researchers found “botched calls and high error rates are rampant.”   How many you ask?  A staggering 34,246 incorrect calls in the 2018 season alone!  It gets worse.  When the pressure was on — a player at bat, for example, with two strikes — umpire errors skyrocket, occurring nearly one-third of the time.  Surely, the “umps” improve with time an experience?  Nope.  In terms of accuracy, youth and inexperienced win out every time! 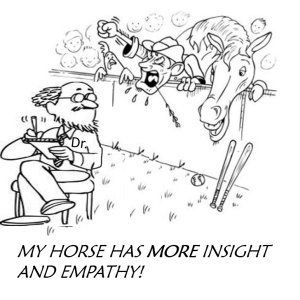 Now, let me ask, are your “ears burning” yet?

Turns out, umpires and psychotherapists share some common traits.  So, for example, despite widespread belief to the contrary, clinicians are not  particularly good at detecting deterioration in clients.  How bad are we?  In one study, therapists correctly identified clients who worsen in their care a mere two-and-a-half percent of the time (1)!  Like umpires, “we call ’em as we see ’em.”  We just don’t see them.  And if you believe we improve with experience, think again.  The largest study in the history of research on the subject — 170 practitioners treating 6500 clients over a 5 year period — reveals that what is true of umpires applies equally to clinicians.  Simply put, on average, our outcomes decline the longer we are in the field.

If you are beginning to feel discouraged, hold on a minute.  While the data clearly show umpires make mistakes, the same evidence documents most of their calls are correct.  Similarly, therapists working in real world settings help the majority of their clients achieve meaningful change — between 64 and 74% in our database of thousands of clinicians and several million completed treatment episodes.

Still, you wouldn’t be too far “off base” were you to conclude, “room for improvement exists.”

Truth is, umpires and therapists are calling “balls and strikes” much the same way they did when Babe Ruth and Alfred Alder were key players.  Solutions do exist.  As you might guess, they are organized around using feedback to augment and improve individual judgement ability.  So far, major league baseball (and its umpires) has resisted.  In psychotherapy, evidence shows clients of therapists who formally and routinely solicit feedback regarding the quality of the therapeutic relationship and progress over time are twice as likely to experience improvement in treatment.

The measures are free for practitioners to use and available in 25+ languages.  If you don’t have them, click here to register.   You’ll likely need some support in understanding how to use them effectively.  Please join the conversation with thousands of colleagues from around the world in the ICCE Discussion Forum.  If you find yourself wanting to learn more, click on the icon below my name for information about our next upcoming intensive — online, by the way!

What more is there to say, except: BATTER UP!

Until next time, wishes for a safe and healthy Holiday season, 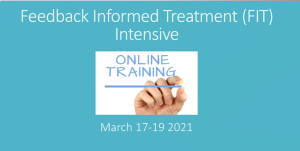