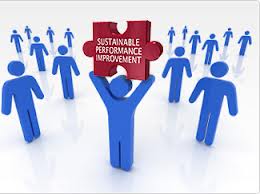 This last month, I spent a significant amount of time traveling around Europe and Scandanavia (Germany, Sweden, Denmark, the Netherlands) working with clinicians and mental health agencies implementing Feedback-Informed Treatment.  Not infrequently, people ask me, “doesn’t all the travel wear you out?”  My pat response is, “No, not at all!  The worst part is being away from my family.  But, meeting with practitioners and agency managers always buoys my spirits.”  I mean it.  I miss my family and the airlines (and airport food) are a real drag.  Practitioners are, on the other hand, a different story.  Despite the numerous challenges (funding, documentation, regulatory demands, etc.), they persist, working to improve their skills and provide effective help to their clients.

As happened a few months ago, I was in the SAS lounge at the Copenhagen airport, waiting for a flight, enjoying a cup of coffee, and catching up on the news, when I ran across another article by Thomas Friedman that caught my eye.  “The plan,” he said, “to work hard and play by the rules to get ahead is now outdated.  It takes much more than that.”

Wow, I thought, he’s so right–especially when it comes to the field of mental health.  I was raised in an era when “working hard at your job” was the formula for success, the pathway to a fruitful and enjoyable career.  As I travel the world, however, I see just how little reason there is to believe in this ideal any longer.  The rules have changed.  The world, observed Friedman, “is now a more open system.  Technology and globalization are wiping out lower-skilled jobs faster, while raising the skill level required for new jobs.  More than ever now, lifelong learning is the key to getting into and staying in the middle class.”


As I said earlier, the therapists I meet are working very hard–harder than either I or they ever anticipated.  They are putting in more hours and, in many cases, making less money than they did a few years earlier.  It’s true!  Did you know, psychologists incomes are down 17% in the last decade?  Simply put, working hard is a recipe for…eventual failure.  If we are to survive and thrive, a change of order–not magnitude–is required.

Recently, Diane Cole addressed the challenges facing practitioners in a special issue of the Psychotherapy Networker.  It’s worth a read (click here).  Importantly, she doesn’t just bemoan the problems currently facing the field, but provides crucial information for helping each and every one of us take charge of our fate. 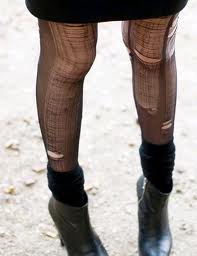 Did you feel it?  The seismic shift that occurred in field of mental health just a little over a month ago?  No?  Nothing?  Well, in truth, it wasn’t so much a rip in the space-time continuum as a run.  That “run,” however, promises to forever alter the fabric of clinical practice–in particular how clinicians earn and maintain a certain standard of living.

For decades, licensing statutes have protected behavioral health professionals from competing with providers living outside of their state and local jurisdiction.  In order to bill or receive reimbursement, mental health professionals needed to be licensed in the state in which treatment services were offered.  Over the years, the various professional organizations have worked to make it easier for professionals to become licensed when they move from one state to the another.  Still, it ain’t easy and, some practitioners and professional groups would argue, for good reason.  Such laws, to some extent, insure that fees charged for services are commensurate with the cost of living in the place where therapists live and work.  The cost of therapy in Manhattan varies considerably, for example, depending on whether one is talking about the city located in state of New York or Kansas.

As far as outcomes are concerned, however, there is no evidence that people who pay more necessarily get better results.  Indeed, as reviewed here on this blog, available evidence indicates little or no difference in outcome between highly trained (and expensive) clinicians and minimally trained (and less expensive) para-professionals and students.  If the traditional geographic (licensing) barriers were reduced or eliminated, consumers would with few exceptions gravitate to the best value for their money.  In the 1980’s and 90’s, for example, comsumers deserted small, Main Street retailers when big box stores opened on the outskirts of town offering the same merchandise at a lower price.  Now, big box retailers are closing en masse as consumers shift their purchases to less expensive, web based outlets.

And that’s precisely the shift that began a little over a month ago in the field of mental health.  The U.S. Military eliminated the requirement that civilian providers be licensed in the same jurisdiction or state in which treatment is offered.  The new law allows care to be provided wherever the receipient of services lives and regardless of where the provider is licensed.  Public announcements argued that the change was needed to make services available to service members and veterans living in isolated or rural areas where few providers may be available.  Whatever the reason, the implications are profound: in the future, clinicians, like Main Street retailers, will be competing with geographically distant providers.

Just one week prior to the announcement by the U.S. Military, I posted a blogpost highlighting a recent New York Times column by author and trend watcher, Thomas Friedman.  In it, I argued that “Globalization and advances in information technology were…challenging the status quo…access. At one time, being average enabled one to live an average life, live in an average neighborhood and, most importantly, earn an average living.  Not so anymore.  Average is now plentiful, easily accessible, and cheap. What technology can’t do in either an average or better way, a younger, less-trained but equally effective provider can do for less. A variety of computer programs and web-based systems provide both psychological advice and treatment.”

Truth is, the change is likely to be a boon to consumers of mental health services: easier access to services at a better price.  What can clinicians do?  First, begin measuring outcome.  Without evidence of their effectiveness, individual providers will lose out to the least expensive provider.  No matter how much people complain about “big box and internet retailers,” most use them.  The savings are too great to ignore.

What else can clinicians do?  The advice of Friedman, which I quoted in my recent blogpost, applies, “everyone needs to find their extra–their unique value contribution that makes them stand out in whatever is their field.” Measuring outcome and finding that “something special” is what the International Center for Clinical Excellence is all about.  If you are not a member, please join the thousands of other professionals online today.   After that, why not spend time with peers and cutting edge instructors at the upcoming “advanced intensive” or “training of trainers” workshops this summer.

No matter where you look,good is no longer “good enough.”  In a recent article in the New York Times, author and trend watcher, Thomas L. Friedman, declared, “Average is Over.”  It’s an argument similar to the one made over a decade ago by Robert Reich, former Secretary of Labor under Bill Clinton, in his phenomenally prescient book The Future of Success.  I read it at the time with a mixture of apprehension and anticipation.  Globalization and advances in information technology were then and are now challenging the status quo.  At one time, being average enabled one to live an average life, live in an average neighborhood and, most importantly, earn an average living.  Not so anymore.

Average is now plentiful, easily accessible, and cheap.  What technology can’t do in either an average or better way, a younger, less-trained but equally effective provider can do for less. A variety of computer programs and web-based systems provide both psychological advice and treatment.  (By the way, studies to date document outcomes equal to face-to-face services for at least the most common mental health related issues).  At the same time, as reviewed here previously on this blog, the evidence again and again shows no difference in outcome between professionally trained clinicians and students or paraprofessionals.  Uh-oh.

What is the solution?  Friedman says, “everyone needs to find their extra–their unique value contribution that makes them stand out in whatever is their field.”  Yeah, exactly.  As my father used to say, “Do your best and then a little better.  What can behavioral health professionals do to stand out?  Well, if you are trained, licensed or certified, practicing evidence-based, know the latest methods and research findings, and understand how the brain works, then you are, in a word, average.  Going forward, standing out will require evidence that you are effective; measures documenting not only who you help but identifying those you do not.  Professional development will be less about learning a new method than documenting what you do to “do your best and then a little better.”

Helping clincians stand out is what the ICCE is all about.  Everyday, thousands meet online to learn, share, and support each other in both measuring and improving the impact of their clinical work.  Each year, the ICCE offers two intensive training opportunities: The Advanced Intensive and the Training of Trainers.  Both events are designed to help professionals achieve their personal best.  The Training of Trainers is specifically designed for participants, such as supervisors, managers, and agency directors, who wish to train others or transform public or private agencies for achieving success.   The Advanced Intensive scheduled for March is sold out.  By popular demand, we are offering an unprecedented second opportunity to attend the Advanced Intensive this summer.  Don’t wait to register.  Despite only announcing this event last week, half of the seats are already booked.  Either event will insure that you have the tools and skills necessary to meet the need to exceed.  Email us with any questions at: training@centerforclinicalexcellence.com.

(By the way, if you are interested, you catch watch a clip of Friedman delivering his message to the Hudson Society here).