A little over a week ago, I received an email from Anna Graham Anderson, a graduate student in psychology at Aarhus University in Denmark.  “I’m writing,” she said, “in hopes of receiving some clarifications.” 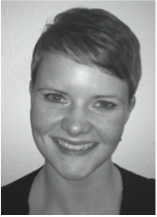 Without reading any further, I knew exactly where Anna was going.  I’d fielded the same question before.  As interest in measurement and feedback has expanded, it comes up more and more frequently.

Anna continued,  “I cannot find any literature on the difference between CDOI, FIT, PCOMS, ORS, and SRS.  No matter where I search, I cannot find any satisfying clues.  Is it safe to say they are the same?”  Or, as another asked more pointedly, “Are all these acronyms just a bunch of branding B.S.?”

As spelled out in each of the six treatment and training manuals, FIT, or feedback-informed treatment, is, “a panetheoretical approach for evaluating and improving the quality and effectiveness of behavioral health services.  It involves routinely and formally soliciting feedback from consumers regarding the therapeutic relationship and outcome of care and using the resulting information to inform and tailor service deliver.”

Importantly, FIT is agnostic regarding both the method of treatment and the particular measures a practitioner may employ.  Some practitioners use the ORS and SRS, two brief, simple-to-use, and free measures of progress and the therapeutic relationship–but any other valid and reliable scales could be used.

Of all the acronyms associated with my work, CDOI is the one I no longer use.  For me, it had always problematic as it came precariously close to being a treatment model, a way of doing therapy.  I wasn’t  interested in creating a new therapeutic approach.  My work and writing on the common factors had long ago convinced me the field needed no more therapeutic schools.  The phrase, “client-directed, outcome-informed”  described the team’s position at the time, with one foot in the past (how to do therapy), the other in the future (feedback).

And PCOMS?  A long time ago, my colleagues and I had a dream of launching a web-based “system for both monitoring and improving the effectiveness of treatment” (Miller et. al, 2005).  We did some testing at an employee assistance program in located in Texas, formed a corporation called PCOMS (Partners for Change Outcome Management System), and even hired a developer to build the site.  In the end, nothing happened.  Overtime, the acronym, PCOMS, began to be used as an overall term referring to the ORS, SRS, and norms for interpreting the scores.  In February 2013, the Substance Abuse and Mental Health Service Adminstration (SAMHSA) formally recognized PCOMS as an evidence-based practice.  You can read more about PCOMS at: www.whatispcoms.com.

I expect there will be new names and acronyms as the work evolves.  While some remain, others, like fossils, are left behind; evidence of what has come before, their sum total a record of development over time.