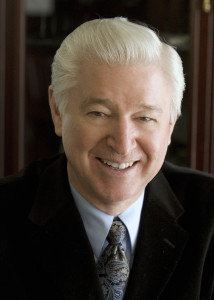 Twenty years ago, I came across an article published in the journal, Professional Psychology.  It was written by a psychologist in private practice, Paul Clement.  The piece caught my eye for a number of reasons.  First, although we’d never met, Paul lived and worked in a town near my childhood home: Pasadena, California.  Second, the question he opened his article with was provocative, to say the least, “Are you any good?”  In other words, how effective are YOU as a psychotherapist?  Third, and most important, he had compiled and was reporting a quantitative analysis of his results over the last 26 years as a practicing clinician.  It was both riveting and stunning.  No one I knew had ever done had published something similar before.

In graduate school, I’d learned to administer a variety of tests (achievement, vocational, personality, projective, IQ, etc.).  Not once, however, did I attend a course or sit in a lecture about how to measure my results.   I was forced to wonder, “How could that be?”  Six years in graduate school and not a word about evaluating one’s outcomes.  After all, if we don’t know how effective we are, how are any of us supposed to improve?

What was the reason for the absence of measurement, evaluation, and analysis?   It certainly wasn’t because psychotherapy wasn’t effective.  A massive amount of research existed documenting the effectiveness of treatment.  Paul’s research confirmed these results.  Of those he’d worked with, 75% were improved at termination.  Moreover, such results were obtained in a relatively brief period of time, the median number of sessions used being 12.

Other results he reported were not so easy to accept.  In short, Paul’s analysis showed that his outcomes had not improved over the course of his career.   At the conclusion of the piece, he observed, “I had expected to find that I had gotten better and better over the years, but my data failed to suggest any systematic change in my therapeutic effectiveness across the 26 years in question…it was a bad surprise for me.” (p. 175).

For years, I carried the article with me in my briefcase, hoping that one day, I might better understand his findings.   Maybe, I thought, Clement was simply an outlier?  Surely, we get better with experience.  It was hard for me to believe I hadn’t improved since my first, ham-handed sessions with clients.  Then again, I didn’t really know.  I wasn’t measuring my results in any meaningful way.

The rest is history.  Within a few short years, I was routinely monitoring the outcome and alliance at every session I did with clients.  Thanks to my undergraduate professor, Michael Lambert, Ph.D., I began using the OQ 45 to assess outcomes.  Another mentor, Dr. Lynn Johnson had developed a 10-item scale for evaluating the quality of the therapeutic relationship, know as the Session Rating Scale.  Both tools became an integral part of the way I worked.  Eventually, a suggestion by Haim Omer, Ph.D., led me to consider creating shorter, less time consuming visual analogue versions of both measures.  In time, together with colleagues, the ORS and SRS were developed and tested.  Throughout this process, Paul Clement, and his original study remained an important, motivating force.

Just over a year ago, Paul sent me an article evaluating 40 years of his work as a psychotherapist.   Once again, I was inspired by his bold, brave, and utterly transparent example.  Not only had his outcomes not improved, he reported, they’d actually deteriorated!  Leave it to him to point the way!   As readers of this blog know, our group is busy at work researching what it takes to forestall such deterioration and improve effectiveness.  Last year, we summarized our findings in the 50th Anniversary issue of Psychotherapy.  As I write, we are preparing a more detailed report for publication in the same journal.

Yesterday, I was drafting an email, responding to one I’d recently received from him, when I learned Paul had died.  I will miss him.  In this, I know I’m not alone.