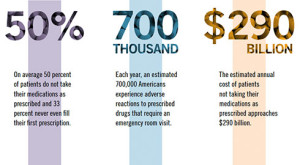 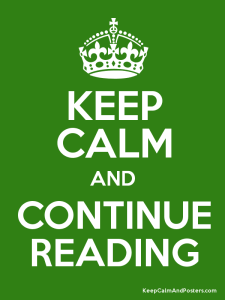 Late last year, I blogged about a study being conducted at the University of Pittsburgh by Dr. Jan Pringle, the director of the Program Evaluation Research Unit in the School of Pharmacology and her colleague, Dr. Michael Melczak.  You’ll recall, there were two conditions in the study.   In the first, pharmacists–the practitioner most likely to interact with patients about prescriptions–engaged in “practice as usual.”  In the second condition, pharmacists used the ORS and the SRS to chart, discuss, and guide patient progress and the pharmacist-patient alliance.  At the time, I reported that initial findings showed that patients of pharmacists who used the measures to solicit feedback “were significantly more likely to take their medications at the levels that would be likely to result in clinical impact than the patients who saw a pharmacists who did not use the scales…for hypertensive and hyperlipidemia drugs especially.”  Well, the official results are finally available.

After controlling for age, gender, and other individual and control conditions (including measures of interactions with pharmacies), patients in the feedback condition increased their rate of “percent of days covered”–that is, taking the medication as prescribed–significantly (average 11%, a result considered “impressive” when compared to other, traditional efforts aimed at improving compliance).  Interestingly, additional analyses showed that the impact of the SRS–a measure of the therapeutic alliance–was greatest for the hyplipidemia and hypertensive medications (as opposed to the anti-diabetic medications).

Drs. Pringle and Melczak are currently in the process of planning a series of additional studies involving a larger number of patients and pharmacists.  Both will be presenting at the upcoming Achieving Clinical Excellence conference.

Finally, take a look at the video that was developed to begin training pharmacists to use the measures with customers filling prescriptions at local pharmacies.  According to Dr. Pringle, “we expect to training about 240 pharmacists across 118 pharmacies in the western and central portions of Pennsylvania how to use the ORS and SRS…the program represents a collaboration between the University of Pittsburgh, CECity (a technology company), RiteAid, and Highmark ( a Blues insurer).”  Exciting stuff, eh?