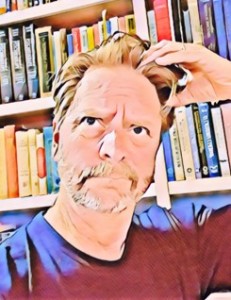 Deliberate practice is hot.  More workshops and trainings are being offered on the topic than ever before.  In the last year, a veritable slew of books has also appeared, with many being tied to a specific therapeutic modality.  Given that the topic was introduced to the field a mere 15 years ago (see Miller, Hubble & Duncan, 2007), the growth in interest and instruction is astonishing.

The purpose of deliberate practice is simple and straightforward: improving outcomes.  And ample evidence documents its impact in fields as diverse as medicine, music, sports, chess and surgery.  Excitement about the potential for using deliberate practice to improve therapeutic effectiveness can be traced to the first study on the topic published in 2015.  Briefly, Chow and colleagues (2015), found the best therapists engaged in significantly more deliberate practice than their more average counterparts and staggering 14 times more than the least effective!   A subsequent study conducted in a real-world clinical setting by Goldberg et al. (2016) linked deliberate practice to steady improvements in outcome at the individual practitioner level – a first in the history of the field.

In his last book, Peak: Secrets from the New Science in Expertise, Anders Ericsson – the Swedish psychologist who coined the term and did most of the original research on the topic – identified three different types of practice (see chapter 1).   These include:

The distinction, he maintained, was crucial as only one type was reliably associated with improving individual performance.  The “Naïve” type is what people most commonly associate with practice.  Repetition is seen as the key component, whether its playing a sport or learning to drive a car.  Unfortunately, Ericsson notes, “Research has shown that … once a person reaches [an] level of “acceptable” performance, [more such] “practice” doesn’t lead to improvement.”

Presently, most of the psychotherapy workshops and books with “deliberate practice” in their titles would, according to Ericsson, qualify as examples of “purposeful” practice.  Distinguishing it from the former type, its planned, goal directed, includes feedback and a way to monitor progress.  The objective is proficiency and competence, achieving a predetermined standard for a particular skill or knowledge level.

Of the three, Ericsson points out, only deliberate practice “is informed and guided by the performers’ accomplishments.”  As described in detail his publications and Better Results, it must be individualized, including: (1) an assessment of the performer’s baseline ability or skill level against which progress can be determined; (2) corrective feedback targeted to the individual’s execution of skills being learned; (3) development of a plan for successive refinement over time, and (4) guidance provided by an expert coach or teacher.

What does that look like in the real world?

“Hard work,” says Tor Travis, a clinical social worker living and working in New Mexico.  It’s true.  By comparison, naïve – equating clinical work/experience with practice – and  purposeful  – repeating a model-specific technique until it can be executed with ease – is far easier.   But Tor was not interested in either of these approaches.  In his words, “I wanted to help more people.  To be a better, more effective therapist.”  Thus began his three-year journey.

I’m grateful for the time he spent with me describing what’s happened along the way.  In the brief video below, he recounts the steps (and helpful missteps) with precision and detail – experiences I’m certain will prove helpful to many.

P.S.: In the video, Tor mentions an asynchronous, online deliberate practice course taught by me and Daryl Chow.  This is a “go at your own pace” experience.  Each week for several months we send you links to short, instructive videos.  Learning is supported by access to an online community where discussions with the instructors and other clinicians takes place.  Click here or the image below for information about the course or to register.  The next cohort launches on June 6th. 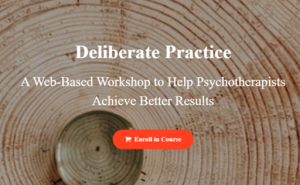