Over the last 10 days or so, I’ve been digesting a recently published article on the therapeutic alliance — reading, highlighting, tracking down references, rereading, and then discussing the reported findings with colleagues and a peer group of fellow researchers.  It’s what I do.

The particular study has been on my “to be read” pile for the better part of a year, maybe more.  Provocatively titled, “Is the Alliance Really Therapeutic?” it promises to answer the question in light of  “recent methodological advances.”

I know this will sound strange — at least at first — but throughout, I kept finding myself thinking of the assasination of the 35th President of the United States, John F. Kennedy.  Bear with me as I explain.

I personally remember the shock and grief of this event.  Although I was only six years old at the time, I have vivid memories, watching televised segments of the funeral procession down Pennsylvania Avenue under a grey, overcast and rainy sky.  “Why?” my family and the Nation asked, and “How?”

You likely know the rest of the story.

Within hours, a suspect was arrested.  Two days later, he was murdered on live TV by a Dallas nightclub owner.  Ever since, events surrounding the assasination have been the subject of heated debate.  More than 2,000 books have been published, each offering a different theory of the event — a veritable “Who’s who” of suspects, including but not limited to the Soviet Union, CIA, Mafia, Cuban government, and Vice President of the United States.

Whatever you might believe, it’s hard to fault the majority of Americans — 61% in the most recent polls — who seriously doubt that the slight, unemployed, thrice court-martialed former marine, acted alone.   To many, in fact, it’s simply inconceivable.  And, that’s the point.  As investigative reporter, Gerald Posner, observed in his book Case Closed, “The notion that a misguided sociopath … wreaked such havoc [makes] the crime seem senseless” (p. xviii).   By contrast, concluding there was an elaborate plot involving important and powerful people, embues Kennedy’s death with meaning equal to his stature and significance in the mind of the public. 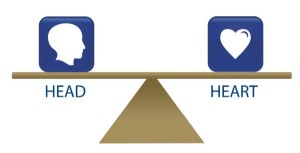 Said another way, maybe, just maybe, in our attempts to reconcile the facts with our feelings, we made a molehill into a mountain … which brings me back to the article about the therapeutic relationship.  The empirical evidence is clear: the quality of the alliance between client and clinician is one of the most potent and reliable predictors of successful psychotherapy.

According to the most recent and thorough review of the empirical literature: 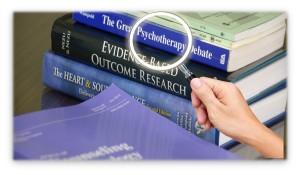 Sounds pretty straightforward and simple to me.  In a relatively efficient fashion (worldwide the average number of visits is around 5 visits), we establish relationships with people that result in significant improvements in their well being.  With regard to the latter, as reviewed many times on my blog, the average recipient of psychotherapy is better off than 80% of those with similar problems that do not.

That said, is the relationship we offer people so astounding that it forever changes them?  Judging by the article’s dense language and near inpenetrable statistical procedures, you’d assume so.  Yet ultimately, it fails to show as much, focusing instead on defining characteristics and qualities of clients amenable to a particular theoretical orientation rather than the relationship.

Now, before you object, please note, I did not say relationships — in life or in therapy — were easy.  But therein lies the risk.  Challenging or difficult (e.g., a lone gunman taking out a beloved and powerful figure) is equated with complicated (i.e., must have been a conspiracy).   Add to that the tendency of professionals to embue their interactions with clients with life-changing significance and voila! we are poised, as a field, to make mountains out of molehills.  Nowhere is this more easy to see than in the language we use to describe our work.  We “treat,” have “countertransference reactions,” “repair ruptures,” and form “therapeutic alliances” rather than connect, experience frustration (or other feelings), and develop relationships. 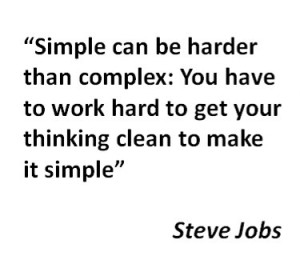 It’s time to embrace what 50 years of evidence plainly shows: yes, we offer an important service, an opportunity for someone to feel understood, get support while going through a difficult period, solve problems, learn new and different ways for approaching life’s challenges, and every once in a while –maybe one in a hundred — something more.  To do that, what’s needed is humility and a relentless focus on the fundamentals.   Given the history of our field, that alone will prove hard enough.

Embracing the evidence and focusing on fundamentals is precisely what we’ll be doing, by the way, at the Deliberate Practice Intensive this summer coming August in Chicago.  Join colleagues from around the world to learn how to use this simple (not easy) way for improving your effectiveness!  For more info, click here or on the banner below. 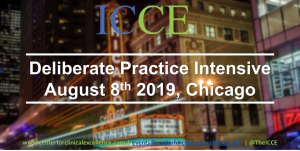