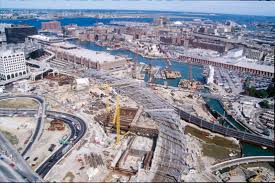 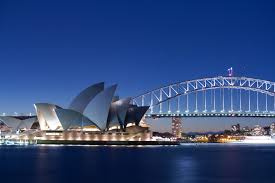 What do the Sydney Opera House, Boston Central Artery Tunnel, and Eurozone Typhoon Defense Project all have in common?   In each case, their developers suffered from, “The Planning Fallacy” (PF). First recognized in 1979 by Nobel Prize winning psychologists Daniel Kahneman and Amos Tversky, the planning fallacy is the all too human tendency to underestimate the amount of time and money projects will require for completion. The impact is far from trivial, especially if you are footing the bill. The Sydney Opera House, for example, took ten years longer and cost nearly 15 times more money than originally planned (102 versus 7 million). The tunnel project in Boston ran over budget to the tune of 12 billion dollars—a figure equivalent to 19,000 dollars for man, woman, and child living in the city!

Research documents that the same shortsightedness plagues implementation of new best practices in mental healthcare. As I blogged about previously, available data indicate that between 70 and 95 percent of such efforts fail. The same body of evidence shows that prior experience with similar projects offers no protection. Indeed, regardless of experience, when planners are asked to provide a “best” and “worst” case estimate, the vast majority fail to meet even their most dire predictions. 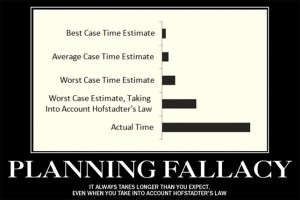 The impact of a failed implementation on staff morale can be devastating—not to mention the waste of precious time and resources, and missed opportunity to provide more effective services to consumers. I’ve seen it first hand, had it whispered to me on breaks at workshops, as I crisscross the globe teaching about Feedback-Informed Treatment (FIT). At a workshop in Ohio, a woman approached me saying, “So, you are the guy that developed the Outcome and Session Rating Scales?” When I answered yes, she leaned in, and in a quiet voice, asked, “Will you be telling us how to use them? ‘Cause we’ve been using them at my agency for about a year, but no one knows what they’re for.” More recently, at a training on the west coast, a participant told me he and his colleagues started using the scales following a two- day workshop at his agency, but eventually stopped. “Initially, there was a lot of excitement,” he said, “We really bought in. All of us were all doing it, or at least trying. Then, it just kind of fizzled.” I nodded in recognition. The planning fallacy strikes again!

Since first being reviewed and listed on SAMHSA’s National Registry of Evidence Based Programs and Practices, interest in the proven approach to improving the outcome and retention of mental health services has exploded.  More than 100,000 practitioners have downloaded the ORS and SRS.   Given the brevity and simplicity of scales, it is easy to assume that implementation will be quick and relatively easy. Ample evidence, as well as experience in diverse settings around the world, strongly suggests otherwise.

It goes without saying that getting started is not the problem.   Fully implementing FIT is another story. It takes time and careful planning—for most, between five and seven years. Along the way, there’s plenty of support to aid in success:

That’s it for now.

Until next time, best wishes,