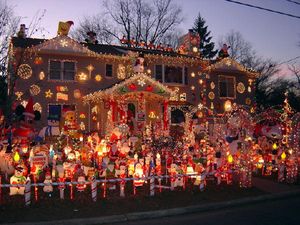 The notion that suicides increase during the holiday season is as traditional as “Santa Claus”–and, according to statistics dating back at least a decade, just as illusory.  In fact, research actually shows suicide rates to be the lowest in December!  According to Dan Romer, a researcher at the Annenberg Public Policy Center at the University of Pennsylvania, the holidays are simply not a time for suicide.  If you are trying to peg the rate to a particular month during the year, try May.  Moreover, even suicide attempts decline during the holiday season!  At Cuyahoga County Mental health, a group I’ve worked closely with over the last three years implementing Feedback Informed Treatment (FIT), the director of crisis services, Rick Oliver, says that reviews done by the agency show that calls from suicidal people actually drop off during this time of year.

The culprit for the lingering misconception?  The media and–hold onto your candy cane–healthcare professionals!  That’s right.  In a study published this month in the British Medical Journal, researchers Vreeman and Carroll, found that healthcare professionals believe in the suicide-holiday connection along with a number of other dubious ideas (including sugar leads to hyperactivity, poinsettias are poisonous, and people lose heat through their head).

So, the advice to the media and healthcare professionals, given the evidence, can only be: STOP IT!  Stop associating the holiday season with increased risk of suicide.

Clearly, suicide can happen at any time and none of the foregoing implies that people can’t and don’t feel blue.  At the same time, the decrease in suicides during this period suggests a possible course of action: connection and generosity.  If you are feeling down, do your best to reach out.  And if you’re not, then extend your hand.