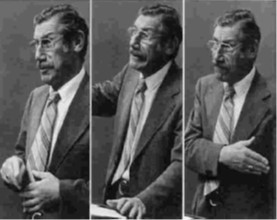 Take a good look at the photo to the left.

Do you know this person?

His name is Myron L. Fox, M.D., a graduate of the Albert Einstein School of Medicine.

At one point, he was the one of the highest rated presenters on the continuing education circuit for physicians, psychologists, social workers, and educators.  He delivered hour long lectures followed by 30 minutes of Q & A at major universities.  Among other topics, he spoke about the biochemistry of memory.  Those in attendance routinely described his lectures as “outstanding,” “stimulating,” “thought provoking,” and “clear and well organized.”

Only one wrinkle.  Dr. Fox was not a physician.  He wasn’t a doctor of any kind.  Neither was his name Myron Fox.  In fact, he really knew nothing about the subjects on which he spoke.  Rather, the man in the photo was a paid actor coached by a group of experimenters to present a lecture full of “double-talk, neologisms, non sequiturs, and contradictory statements” in one of two ways: straightforward or entertaining.

No surprise, in the first instance, the participants learned less and performed more poorly on a subsequent test than those who attended a similar lecture delivered by a real scientist.   However, when “Dr. Fox” adopted a lively demeanor, used humor, and displayed warmth toward and interest in his audience, any correlation between the content covered and audience ratings of the experience disappeared.   Indeed, so potent was his style, it masked a completely “meaningless, jargon-filled, and confused presentation” (Merritt, 2008).

The study has been replicated many times with similar results.   Even when participants are warned ahead of time to be on guard, 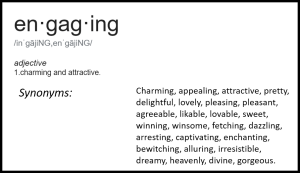 the “Dr. Fox Effect” — as it has come to be known — remains in force.  Over the years, the findings have been cited as evidence against using speaker and student ratings to evaluate teachers and lecturers.  By contrast, I’ve always thought the study showed how important engagement was to effective teaching.  After all, in all versions of the study, participants exposed to entertaining versions of lectures scored more highly on subsequent knowledge tests than those hearing material presented in a “straightforward” manner.

It’s why the International Center for Clinical Excellence is offering the “Training of Trainers” course this summer.   Knowing that WHO you present is just as critical as WHAT, this three-day, evidence-based, bootcamp style workshop is specifically designed to help you become a better presenter/trainer, one that builds on your style and persona.   Click here for more information or to register. 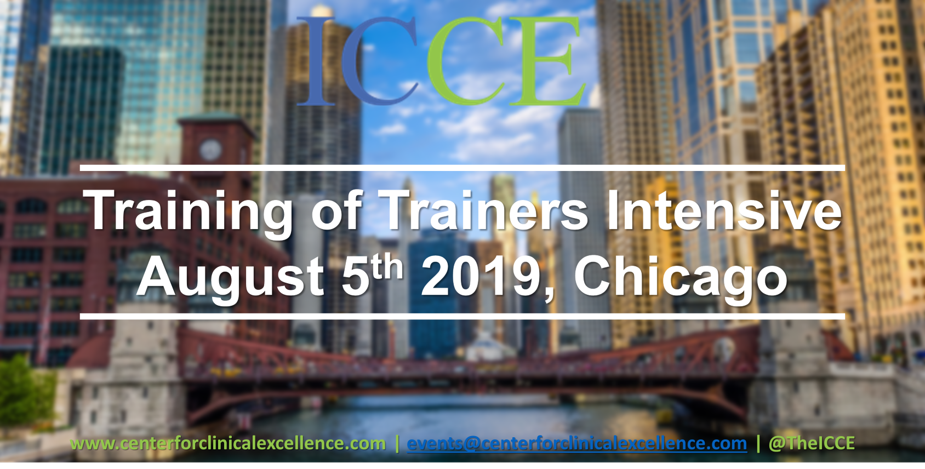