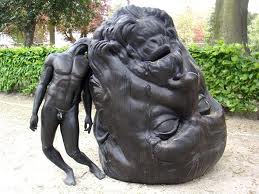 Overconfidence.  It’s a problem that leads to systematic errors in judgement.   Long thought to arise out of hubris or the corrupting effects of the emotion, the evidence actually shows it to be built into humans’ evolved cognitive machinery.  Existimo ergo certus sum (I think, therefore I am…certain).

Behavioral health professionals are not immune.  A recently published study by Walfish, McAlister, O’Donnell, and Lambert (2012) asked clinicians how their effectiveness rates compared to other professionals.  Turns out, clinicians, on average, believed their results were better than 80% of their peers.  Not a single practitioner surveyed viewed themselves as below average and a full quarter (25%) thought they fell at the 90th percentile or higher in skill level and effectiveness!

It’s true that we are not alone in this tendency.  As indicated above, it’s how our brains work.  The typical driver, for example, believes themselves to be better than 80% of others on the road.  University professors, it appears, suffer from the most inflated levels of self-esteem, ranking themselves at the 94th percentile on average.

When it comes to learning, the consequences are significant.  Why change, after all, if you’re already pretty darn good and if the real problem is obvious: other drivers, poor students, etc., difficult life circumstances or the complex nature of some mental disorders?

Researchers have discovered a relatively simple solution to overconfidence: frowning.  That’s right.  Turning that smile upside down short circuits our reptilian wiring, making us more analytical and vigilant in our thinking, in the process enabling us to “question stories that we would otherwise unreflectively accept as true because they are facile and coherent” ( Holt, 2011). 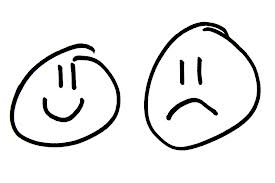 What else can clinicians do?  Do something to gain perspective.  Take on another, divergent point of view, for example.  Practically speaking, scan rather than fix your gaze.  Literally, move your eyes.

Everyone has heard of “tunnel vision.”  Turns out, despite pledges to remain open and flexible, it ain’t so easy.  If you don’t agree, try a little experiment.    Fix your eyes on the flashing red and/or green dot at the center of the graphic and notice what happens to the surrounding yellow ones.  Be patient if the image hasn’t loaded.  It can take a minute or two.

They either blinked on and off or disappeared completely.  Interesting enough but here’s what’s really strange: the yellow dots actually never disappear.  They are always there despite what you see.  And no, the computer did not scan your visual field and cause the yellow dots to blink.  Neither is this an optical illusion.  Once again, it’s the way we are wired.  We think we are seeing everything…but we are not.  The result: overconfidence.  It’s why, following an automobile accident, people will say, “the other driver came out of nowhere.”  It’s why surgeons leave sponges inside their patients or miss seeing bleeds or small nicks of the scalpel.  It’s also why behavioral health practitioners routinely fail to detect deterioration and people at risk for dropping out of services (Hannan, et al. 2005).

Now, look again.  This time, however, shift your eyes about while watching the flashing dot in the center.  In other words, don’t fix your gaze.  If that doesn’t change what you see, then step back from the image and view it from a distance.  There, see!  The yellow dots are present the entire time.

Helping busy practitioners step back, shift their gaze, and otherwise improve their critical faculties and skills is the mission of ICCE.  Members connect, learn from, and share with the largest online community of mental health professionals in the world.  Thousands of members, hundreds of discussion forums, a massive and every growing library of research and other supportive documents, and how-to videos are available for free 24-7-365. 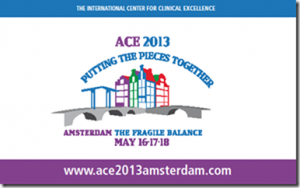 Many of the members and associates will be meeting in Amsterdam, Holland for the Achieving Clinical Excellence conference on May 16-18th.  Conference coordinator, Liz Pluut, has organized an line-up of international speakers, researchers, and practitioners that is guaranteed to push your clinical performance to the next level!  Participants are coming from all over Europe, the US, Canada, Asia, Australia, and more.  Don’t wait to register.  Space is limited and the response has been amazing.

OK, here’s something fun.  Take a look at the video below.  Oh yeah, make sure you smile and keep your eyes fixed on my hands!