Earlier this summer, I was contacted by Donna Chisholm, editor of and reporter for Metro and North & South Magazines in New Zealand.  She was doing a feature article on the effectiveness of psychological services.  The State spent scads of money on treatment.  Concerns had been raised by some that “people may be wasting their own and the taxpayers money with ineffective services, therapists, and counselling.”

“Could we talk?” she wanted to know.  After sorting the time difference between New Zealand and Chicago and working around my crazy travel schedule, we connected via Skype.  I learned that her interest in the subject of treatment outcome began when she heard fellow kiwi, and counselor, Steve Taylor , being interviewed on radio about the effectiveness of Social Services. 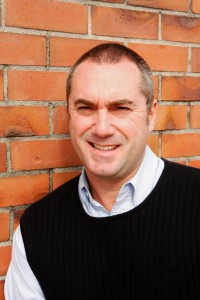 Over the last few years, Steve had given a number of such interviews, pointedly criticizing the system for failing to measure results.  Time and again, he highlighted popular programs for which there was either no empirical support or which the available evidence indicated did not work.

These gibes did not go unnoticed.  Once he was anonymously attacked on air while commenting on Family Court outcomes in New Zealand.  Throughout, Steve stuck to his stance, using research to make his point, arguing that providers and systems of care needed to produce evidence of real outcomes via the use of routine outcome measurement.

The article Donna wrote appeared in print this week, entitled, “Counselling: Cure or Con?”  Provocative and well-written, the piece puts “Feedback-Informed Treatment (FIT) front and center, concluding that “a profession whose practitioners spend their days analysing others, its about time they started examining themselves.”  It also provides practical, research-based advice for anyone thinking about seeing a therapist.  Anyway, read it for yourself: