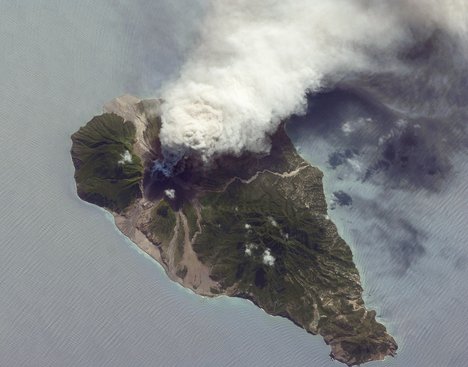 What an incredible week.  Spent the day today working with 250 social workers, case managers, psychologists, psychiatrists, and agency directors in the far nothern town of Skellefteå, Sweden.  Many practitioners here are already measuring outcomes on an ongoing basis and using the information to improve the results of their work with consumers of behavioral health services.  Today, I presented the latest findings from ICCE’s ongoing research on “Achieving Clinical Excellence.”

I’ve been coming to the area to teach and consult since the early 1990’s, when I was first invited to work with Gun-Eva Langdahl and the rest of the talented crew at Rådgivningen Oden (RO).  As in previous years, I spent my first day (Monday) in Skellefteå watching sessions and working with clients at RO clinic.  Frankly, getting to Skellefteå from Goteborg had been a bit of ordeal.  What usually took a little over an hour by plane ended up being a 12-hour combination of cars, trains, and buses–all due to volcanic eruptions on Iceland.  (I shudder to think of how I will get from Skellefteå to Amsterdam on Wednesday evening if air travel doesn’t resume).

Anyway, the very first visit of the day at Rådgivningen Oden was with an adolescent and her parents.  Per usual, the session started with the everyone completing and discussing the Outcome Rating Scale.  The latest research reported in the April 2010 edition of Journal of Consulting and Clinical Psychology (JCCP) confirms the wisdom of this practice: measuring and discussing progress with consumers at every visit results in better outcomes.

It turns out that adolescents are at greater risk for deteriorating in treatment than adults (20% versus 10%).  Importantly, the study in JCCP by Warren, Nelson, Mondragon, Baldwin, and Burlingame found that the more frequently measures are used the less likely adolescents are to worsen in care.  Indeed, as ICCE Senior Associate Susanne Bargmann pointed out in a series of recent emails about this important study, “routinely tracking and discussing progress led to 37% higher recovery rates and 38% lower rates of deterioration!”

Skellefteå is a hotbed of feedback-informed practice in Sweden.  Accompanying the family at Rådgivningen Oden, for example, were professionals from a number of other agencies involved in the treatment and wanting to learn more about outcome-informed practice.  As already noted, 250 clinicians took time away from their busy schedules to hear the latest information and finesse their use of the measures.  And tomorrow, Wednesday, I meet with managers and directors of behavioral health agencies to discuss steps for successfully implementing routine measurement of progress and feedback in their settings.  You can download a video discussing the work being done by the team at Odin in Northern Sweden, by clicking here.

Stay tuned for more.  If all goes well, I’ll be in Amsterdam by Wednesday evening.

Today I was supposed to fly from Stockholm, Sweden to the far northern town of Skelleftea–a flight that takes a little over an hour.  Instead, I’m sitting on a train headed for Sundsvall, the first leg of a 12 hour trip that will include a 6 hour bus ride and then a short stint in a taxi.

If you’ve been following the news coming out of Europe, you know that all flights into, out of, and around Europe have been stopped. Eyjafjallajokull–an Icelandic volcano–erupted the day after I landed in Goteborg spewing an ash cloud that now covers most of Europe disrupting millions of travellers.  People are making due, sleeping on cots in airline, train, and bus terminals and using Facebook and Twitter to connect and arrange travel alternative.

In the meantime, another eruption has taken place with the publication of the latest issue of the Journal of Consulting and Clinical Psychology that threatens to be equally disruptive to the field of psychotherapy–and to proponents of the narrow, specific-treatments-for-specific-disorders or “evidence-based treatments” movement.   Researchers Webb, DeRubeis, and Barber conducted a meta-analysis of studies examining the relationship between adherence to and competence in delivering a particular approach and outcome.  The authors report finding that, “neither adherence nor competence was…related to patient (sic) outcome and indeed that the aggregate estimates of their effects were very close to zero.”

Zero!  I’m not sure what zero means to everyone else, but where I come from it’s pretty close to nothing.  And yet, the romance with the EBT movement continues among politicians, policy makers, and proponents of specific treatment models.  Each year, millions and millions of dollars of scarce resources are poured into an approach to behavioral health that accounts for exactly 0% of the results.

Although it was not a planned part of their investigation, the must-read study by Webb, DeRubeis, and Barber also points to the “magma” at the heart of effective psychotherapy: the alliance, or quality of the relationship between consumer and provider.  The authors report, for example, finding “larger competence-outcome effect size estimates [in studies that]…did not control for the influence of the alliance.”

The alliance will take center stage at the upcoming, “Achieving Clinical Excellence” and “Training of Trainers” events.  Whatever you thought you knew about effective therapeutic relationships will be challenged by the latest research from our study of top performing clinicians worldwide.  I hope you’ll join our international group of trainers, researchers, and presenters by clicking on either of the links above.  And, if you’ve not already done so, be sure and visit the International Center for Clinical Excellence home page and request an invitation to join the community of practitioners and researchers who are learning and sharing their expertise.