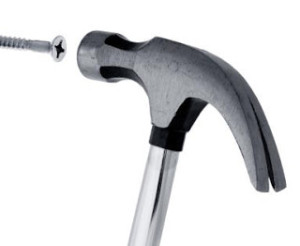 “The One-Sided Focus on CBT is Damaging Swedish Mental Health”

That’s the headline from one of Sweden’s largest daily newspapers for Monday, November 9th.  Professor Gunnar Bohman, together with colleagues and psychotherapists, Eva Mari Eneroth Säll and Marie-Louise Ögren, were responding to a report released last week by the Swedish National Audit Office (NAO).

Back in May 2012, I wrote about Sweden’s massive investment in cognitive behavioral therapy (CBT).  The idea was simple: address rising rates of disability due to mental illness by training clinicians in CBT.  At the time, a mere two billion Swedish crowns had been spent.

The Swedish NAO concludes, “Steering towards specific treatment methods has been ineffective in achieving the objective.”

How, you might reasonably ask, could anyone think that restricting choice would improve outcomes?  It was 1966, when psychologist Abraham Maslow famously observed, “I suppose it is tempting, if the only tool you have is a hammer, to treat everything as if it were a nail” (p. 15, The Psychology of Science).  Still, many countries and professional organizations are charting a similar path today.

The choice is baffling, given the lack of evidence for differential efficacy among psychotherapeutic approaches. Consider a study I blogged about in April 2013.  It was conducted in Sweden at 13 different public health outpatient clinics over a three year period.  Consistent with 40 years of evidence, the researchers found that psychotherapy was remarkably effective regardless of the type of treatment offered! 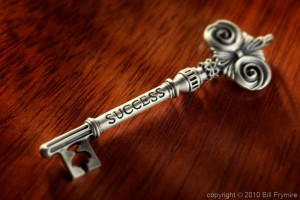 So, what is the key to improving outcome?

As Bohman, Säll and Ögren point out in their article in Svenska Dagbladet, “offering choice…on the basis of patients’ problems, preferences and needs.”

As readers of this blog know, insuring that services both fit the consumer and are effective is what Feedback-Informed Treatment (FIT) is all about.  More than 20 randomized clinical trials show that this transtheoretical process improves retention and outcome.  Indeed, in 2013, FIT was deemed evidence-based by the Substance Abuse and Mental Health Services Administration.

Learn more by joining the International Center for Clinical Excellence–a free, web-based community of practitioners dedicated to improving the quality and effectiveness of clinical work.   Better yet, join colleagues from around the world at our upcoming March intensive trainings in Chicago!  Register soon as both the Advanced Intensive and FIT Supervision Courses are already more than half subscribed.