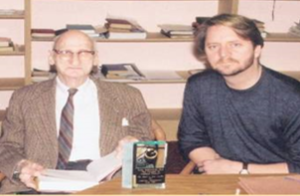 Nearly two decades have passed since I met Saul Rosenzweig at his home in St. Louis, Missouri.  He was well into his nineties and still working every day.  Truth is, I was surprised to learn he was still alive!

In 1936, he’d penned an article –three and a half pages in total– that became one of the most often cited in psychotherapy research.  He was only 29 years of age at the time.

Then, as now, Rosenzweig’s central premise is controversial: all psychotherapy approaches, regardless of their specific components, produce equivalent outcomes.

Although he didn’t coin the phrase, his observation has since been referred to as, “The Dodo Verdict.”  That’s because he began the article quoting a line uttered by the Dodo from Alice’s Adventures in Wonderland, “Everyone has won, and all must have prizes.”

Over the last eight decades, many have claimed to “beat the dodo verdict” — to have developed an approach more effective than others.   You know them by acronym: CBT, EMDR, ACT, CRT, MI, TFT, SFBT, CDOI, and so on.   Initial research is always promising.  Nevertheless, as I’ve detailed in many blogs over the years, later studies invariably find the “new and improved” is no more effective than the “tried and true” — whatever the accepted standard might be at that moment (1, 2, 3, 4). 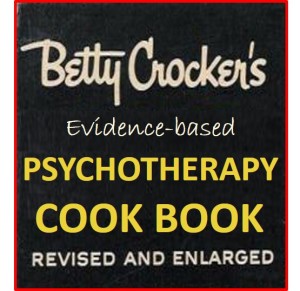 The field’s focus on methods is understandable.  The assumption is psychotherapy works like medicine.  To be effective, an approach must contain ingredients specifically remedial to the disorder being treated.  No one questions whether antibiotics are better than aspirin for strep throat.  Why?  Because the former contains an ingredient that kills the bacteria responsible for the infection.  In a similar way, CBT  is widely believed to work because its methods target the root cause of depression, dysfunctional thoughts.

So critical are the techniques of the various psychotherapy approaches believed to be, developers create protocols and manuals for insuring they are delivered correctly.  Professional, regulatory, and funding bodies (e.g., American Psychological Association, National Institute for Health and Care Excellence [NICE], National Institute of Mental Health) have embraced and, in some instances, mandated their use.

But what do the data say?

In 2005, my colleagues and I reviewed the available evidence and concluded, “Although training in manualized psychotherapies does enhance therapist learning of and technical competence in a given approach, there is no relationship between such manuals and outcome.”

And now, a new, updated study.  Briefly, researchers Truijens, Zühlke‐van Hulzen, and Vanheule, conducted a systematic review of the literature — six studies directly comparing manualized and nonmanualized psychotherapy, and nine meta-analyses.  Their conclusion?  “Manualized treatment is not empirically supported … [and] should not be promoted as being superior to nonmanualized psychotherapy.”  It’s Dodo come back life.

What can a mental health professional do to improve their effectiveness?

Here again, the data point the way to finally “beating the Dodo.”  It involves a change of focus.  Instead of learning the latest treatment approach, work on becoming a more effective version of you.  The process is known as deliberate practice.  It begins by creating a detailed map of your clinical performance; specifically, measuring your results, and then using the information to identify opportunities for professional growth.Research to date documents gradual growth in effectiveness consistent with performance improvements obtained by elite athletes.

Want to learn more?  Click here for a free article–actually, the chapter on the subject from our latest book, The Cycle of Excellence.   Still interested?  Watch the recent interview I did on the subject with YouTube blogger, Chris Dorsano.

That’s it for now.  Best for the Holidays,