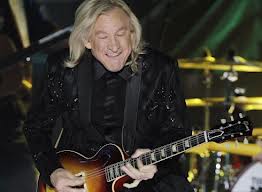 Do any of these people look familiar?  Well, of course, I’m the guy in the middle pointing.  To my left is the rock and roll guitarist Joe Walsh.  On my right is world-renowned, card mechanic Richard Turner.  Why have I pictured myself sandwiched between these two?  Because they are both inspiring examples of what can be accomplished when individuals push beyond the “tried and true,” to reach the next level of performance.

Back in June, I read an article about Joe Walsh in the Chicago Tribune.  Buried deep in the piece was a brief biography of the guitarist that exemplifies what it takes to achieve excellence.  Walsh, who is 67 years old, began playing back in the late 1960’s.  Like many of his generation, he was inspired by the Beatles.  One day, he was listening to the band’s song, “And Your Bird can Sing,” which contains a “ridiculously finger stretching George Harrison guitar solo.”  According to the article, Walsh worked tirelessly until he mastered the riff.  It was only years later, long after he’d become famous, that he met Ringo Starr.  Walsh related the story to the drummer who “looked at Walsh like he was nuts.”  Harrison, Ringo told him, had played two guitar parts separately and tracked them on top of each other and later tracked them together in the studio.

Good thing no one told Walsh the truth.  As a result, he did what no one–even now–thought posssible.

On to Richard Turner.  Unless you are into magic or gambling, this may be the first time you’ve ever heard of this person.  Author Alex Stone, in his phenomenally fun and informative book, Fooling Houdini, describes him as “a card handler without equal, a man whose prowess with a deck borders on the supernatural.”  The supernaturnal?  Really?  I would have deemd such praise so much more hype, typical of “hollywood” and the media, if I hadn’t meet Turner personally and seen him work.  Simply put, there’s nothing he can’t do with a deck of cards.

Watch the brief video below filmed at this year’s “Training of Trainers” event in Chicago.  At all training events, we bring in top performers to entertain, inspire, and inform participants about what it takes to achieve excellence.

Not bad eh?  Especially when one considers that Turner is blind.  And the video above is only the tiniest snippet of his performance.  At one point, he dealt out hands of poker and black jack, asking audience members which position they would like to have dealt the winning cards.  Sure enough, whatever position was called, luck struck there and only there.  “Give me a number between 1 and 52,” he asked.  Whatever number was called out, he cut the cards to that exact position in the deck.  Did I mention he’s also a 6th degree black belt?  Simply put, Turner is a performer that is always pushing the limits.  Once he was cited for a driving motor cycle while blind!  How does he do it?  Practice.  Yep, seventeen hours a day!  For years, he slept with a deck of cards.  Like Walsh, he persisted until he mastered moves that no one considered possible or, more accurately, no one ever even imagined.

So, what can mental health professionals do to REACH the next level of clinical performance?  Over the last few years, together with my colleagues, we’ve been writing about the steps thrapists can take to achieving excellence.  This year, I was privileged to summarize the current state of the research on the subject in a keynote address at the Psychotherapy Networker conference in Washington, DC.  Here, for the first time, is “Part 1” of that address (the second half will follow soon).  In it, I lay out what the evidence says it takes to excel. 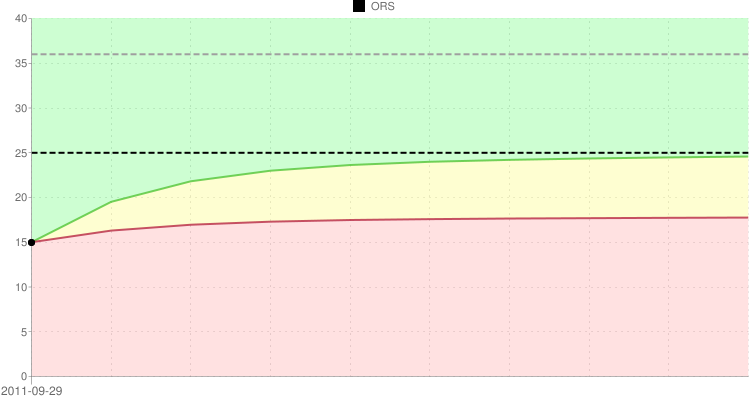 “AMERICANS PREFER DRUGS” screams the headline posted by the Reuters news service and attributed to Consumer Reports–one of the most respected periodical for the average American reader.  “NEARLY 80 PERCENT TAKE A PILL FOR DEPRESSION,” the article continues.  Read a little further and do some searching around on the internet and a different story emerges.  Americans it turns out don’t necessarily prefer drugs but rather, “78 percent of those seeking treatment for depression or anxiety were prescribed antidepressants.”

With respected news agencies advertizing for the pharaceutical companies, is it any wonder why the practice of “talk therapy” is suffering?  AA’s Executive Director for Professional Practice, Dr. Kaherine Nordal, in a recent editorial asked, “Where has all the psychotherapy gone?”  The percentage of Americans who receive outpatinet mental health care has remained unchanged over the last several decades.  Moreover, as Dr. Mark Hubble and I point out in the lead article in the May-June issue of the Psychotherapy Networker, “median incomes for psychologists, both applied and academic, have dropped between 17 and 33 percent at the same time that workloads have increaed, profssional autonomy has been subverted, and funding for public behavioral healthcare has all but disappeared.”

In a recent, highly publicized exchange on psychotherapy that appeared on Medscape: Psychiatry and Health, panel participants (all psychiatrists) repeated the same, old, tired argument about the field.  To wit, “the research base is insufficient.”   How such statements can be made with a straight face, much less by mental health professionals, on a public website, defies explanation.   The truth is, the evidence-base for psychological treatments is as large and robust as any.  What’s more, seeing a talk therapist does not require invasive surgery or a black box warning.  Clearly, the issue is not research.  It is about awareness.

The members and associates of the International Center for Clinical Excellence (ICCE) are working diligently to raise consciousness among the public and policy makers.  Every day, 1000’s of professionals connect to, learn from, and share with colleagues around the world.  The mission of the organization?  To use community to improve the quality and outcome of behavioral health services.  On the ICCE web-based community, clinicians share experiences and real world data regarding the effectiveness of talk therapy.  For example, ICCE associate Dan Buccino shared outcomes from a 7 year project aimed at “promoting recovery and accountability.”  Using the Outcome and Session Ratings Scales, Dan documented effectiveness levels that far exceeded national benchmarks for clinical practice.  Why not email him for a copy of the report?  Meanwhile, providers serving US Airforce personnel began using the same measures in early 2010 and have reported very similar findings.  Finally, to date, more than a dozen randomized clinical trials, involving thousands of clients and numerous therapists, have established that using feedback to inform services increases effectiveness of individual practitioners three fold, cuts dropout rates by 50 percent, reduces the rate of deterioration by 33 percent, and speeds recovery by 66 percent, while simultaensouly improving client satisfaction and reducing the cost of care.

To paraphrase Mark Twain, the rumored death of psychotherapy has been greatly exaggerated.  Now is not the time, however, to merely hope for a better future.  Join the discussion taking place on ICCE  right now.  Membership is free and a strong, supportive community just a few clicks away.