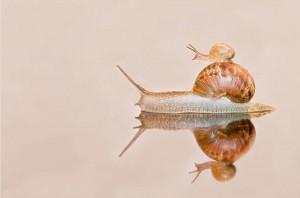 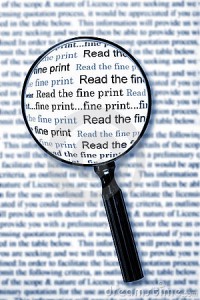 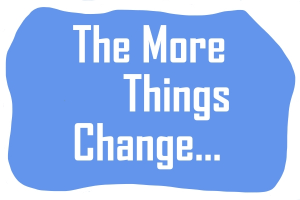 “History doesn’t repeat itself,” the celebrated American author, Mark Twain once observed, “but it does rhyme.” No better example of Twain’s wry comment than recurring claims about specifc therapeutic approaches. As any clinician knows, every year witnesses the introduction of new treatment models.  Invariably, the developers and proponents claim superior effectivess of the approach over existing treatments.  In the last decade or so, such claims, and the publication of randomized clinical trials, has enabled some to assume the designation of an “evidence-based practice” or “empirically supported treatment.”  Training, continuing education, funding, and policy changes follow.

Without exception, in a few short years, other research appears showing the once widely heralded “advance” to be no more effective than what existed at the time.  Few notice, however, as professional attention is once again captured by a “newer” and “more improved” treatment model.  Studies conducted by my colleagues and I (downloadable from the “scholarly publications” are of my website), document this pattern with treatments for kids, alcohol abuse and dependence, and PTSD over the last 30 plus years.

As folks who’ve attended my recent workshops know, I’ve been using DBT as an example of approaches that have garnered significant professional attention (and funding) despite a relatively small number of studies (and participants) and no evidence of differential effectiveness.  In any event, the American Journal of Psychiatry will soon publish, “A Randomized Trial of Dialectical Behavior Therapy versus General Psychiatric Management for Borderline Personality Disorder.”

As described by the authors, this study is “the largest clinical trial comparing dialectical behavior therapy and an active high-standard, coherent, and principled approach derived from APA guidelines and delivered by clinicians with expertise in treating borderline personality disorder.”

And what did these researchers find?

“Dialectical behavior therapy was not superior to general psychiatric management with both intent-to-treat and per-protocol analyses; the two were equally effective across a range of outcomes.”  Interested readers can request a copy of the paper from the lead investigator, Shelley McMain at: Shelley_McMain@camh.net.

Below, readers can also find a set of slides summarizing and critiquing the current research on DBT. In reviewing the slides, ask yourself, “how could an approach based on such a limited and narrow sample of clients and no evidence of differential effectives achieved worldwide prominence?”

Of course, the results summarized here do not mean that there is nothing of value in the ideas and skills associated with DBT.  Rather, it suggests that the field, including clinicians, researchers, and policy makers, needs to adopt a different approach when attempting to improve the process and outcome of behavioral health practices.  Rather than continuously searching for the “specific treatment” for a “specific diagnosis,” research showing the general equivalence of competing therapeutic approaches indicates that emphasis needs to be placed on: (1) studying factors shared by all approaches that account for success; and (2) developing methods for helping clinicians identify what works for individual clients. This is, in fact, the mission of the International Center for Clinical Excellence: identifying the empirical evidence most likely to lead to superior outcomes in behavioral health.