Does the name Barry Marshall ring a bell?

Probably not if you are a mental health professional.

For decades, the Australian physician was persona non grata in the field of medicine — or perhaps stated more accurately, persona sciocca, a fool.

Beginning in the early 1980’s, Marshall, together with colleague Robin Warren, advanced the hypothesis that the bacteria heliobacter pylori was at root of most stomach ulcers.  That idea proved exceptionally controversial flying, as it did, in the face of years of accepted practice and wisdom.  Ulcers caused by something as simple and obvious as a bacterial infection?  Bunk, the medical community responded, in the process lampooning the two researchers.  After all, everyone knew stress was the culprit.  The also knew the cure: certainly not antibiotics.  Rather, antacids, sedatives, therapy and, in the more chronic and serious cases, gastrectomy–a surgical procedure involving the removal of the lower third of the stomach.

The textbook used in my Introduction to Psychology course in my first year at University boldly declared, “Emotional stress is now known to relate to … such illnesses as … peptic ulcers” (p. 343, Psychology Today: An Introduction 4th Edition [Braun and Linder, 1979]).  The chapter on the subject was full of stories of people whose busy, emotionally demanding lives were clearly the cause of their stomach problems.  I dutifully overlined all the relevant sections with my orange highlighter.  Later, in my clinical career, whenever I saw a person with an ulcer, I told them it was caused by stress and, not surprisingly, taught them “stress-management” strategies.

The only problem is the field, my textbook, and I were wrong, seriously wrong.  Stress was not responsible for stomach ulcers.  And no, antacids, sedatives, and psychotherapy, were not the best treatments.  The problem could be cured much more efficiently and effectively with a standard course of antibiotics, many of which had been available since the 1960’s!   In other words, the cure had been within reach all along.  Which begs the question, how could the field have missed it?  Not only that, even after conclusively demonstrating the link between ulcers and the h.pylori bacterium, the medical community continued to reject Marshall and Warren’s papers and evidence for another 10 years (Klein, 2013)!

So what was it?  Money, ignorance, hubris–even the normal process by which new scientific findings are disseminated–have all been offered as explanations.   The truth is, however, the field of medicine, and mental health in particular, has a weakness–to paraphrase Mark Twain–for “knowing with certainty things that just ain’t so.”

The list is extensive and dates all the way back to the field’s founding nearly 150 years ago.  All, at one point or another, deeply believed and passionately advocated.  All false.

Looking back, its easy to see that we therapists are suckers for a good story–especially those that appear to offer scientific confirmation of strongly held cultural beliefs and values.

Nowadays, for example, it simply sounds better to say that our work targets, “abnormal activation patterns in dlPFC and amygdala that underlie the cognitive control and emotion regulation impairments observed in Major Depressive Disorder” than, “Hey, I listened attentively and offered some advice which seemed to help.”  And while there’s a mountain of evidence confirming the effectiveness of the latter, and virtually none supporting the former, proponents tell us it’s the former that “holds the promise” (Alvarez & Icoviello, 2015).

What to do?  Our present “neuroenchantment” notwithstanding, is there anything we practitioners and the field can learn from more than 150 years of theorizing?

Given our history, it’s easy to become cynical, either coming to doubt the very existence of Truth or assuming that it’s relative to a particular individual, time, or culture.  The other choice, it seems to me, is humility–not the feigned ignorance believed by some to be a demonstration of respect for individual differences–but rather what results when we closely and carefully examine our actual work.

Take empathy, for example.  Not only do most practitioners consider the ability to understand and share the feelings of another  an “essential” clinical skill, it is one of the most frequently studied aspects of therapeutic work (Norcross, 2011).   And, research shows therapists, when asked, generally give themselves high marks in this area (c.f., Orlinksky & Howard, 2005).   My colleagues, Daryl Chow, Sharon Lu, Geoffrey Tan, and I encountered the same degree of confidence when working with therapists in our recent, Difficult Conversations in Therapy study.  Briefly, therapists were asked to respond empathically to a series of vignettes depicting challenging moments in psychotherapy (e.g., a client expressing anger at them).  Each time, their responses were rated on standardized scale and individualized feedback for improving was provided. 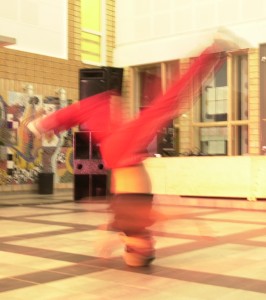 Now, here is the absolutely cool part.  The longer therapists participated in the research, the less confident but more demonstrably empathic they became!   The process is known as “The Illusion of Explanatory Depth.”  Simply put, most of us feel we understand the world and our work with far greater detail, coherence, and depth than we really do.  Only when we are forced ourselves to grapple with the details, does this illusion give way to reality, and the possibility of personal and professional growth become possible.

If this makes your head spin, get a cup of coffee and watch the video below in which Dr. Daryl Chow explains these intriguing results.

P.S. Marshall and Warren were awarded the Nobel Prize for their research in 2005.  Better late than never.